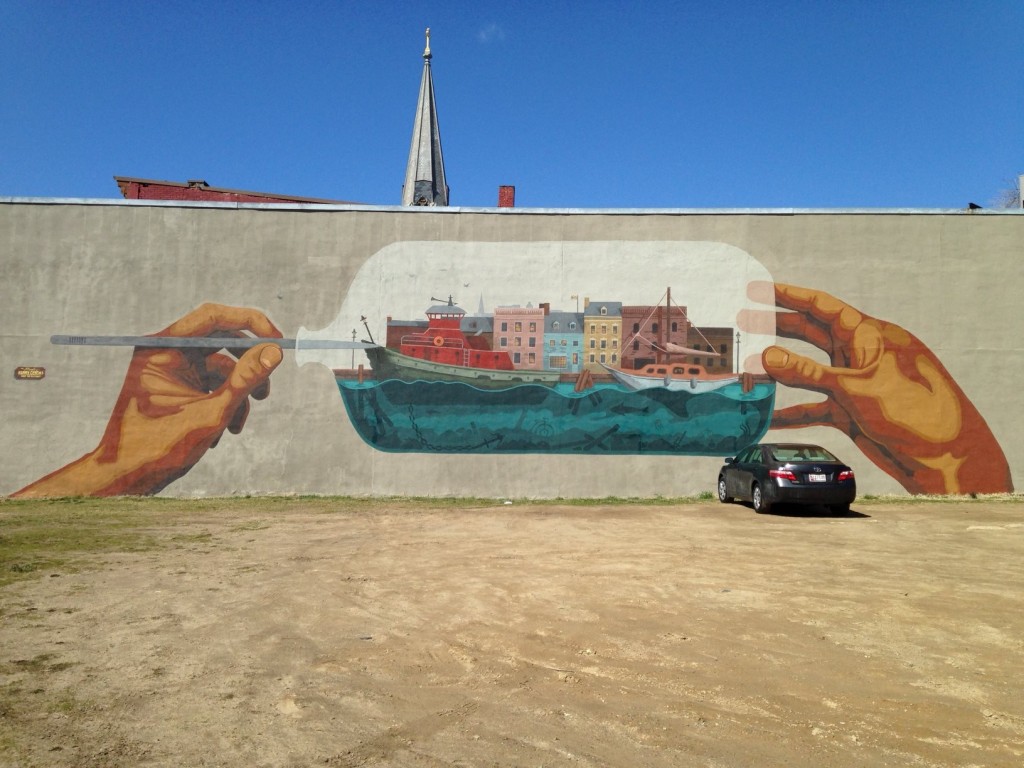 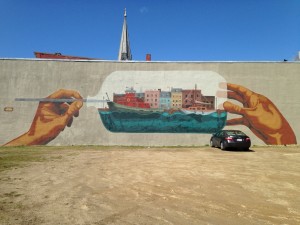 Shaken or stirred?  Illustrator/graphic designer Kerry Cesen‘s mural of two hands holding a historic Fell’s Point captured in a bottle shows us that the people of Baltimore are the ones shaping the city today.  In the mural, the left hand is holding a long, sharp object which is poised to create gentle waves in the harbor or to wreck havoc in the town.  Just like the hands hold the future for the town in the mural , people hold the future for their own cities.  where do you think Kerry planned to have this long object land?